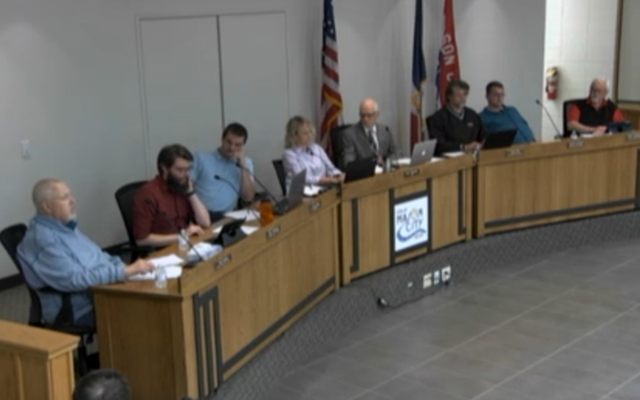 The program recently changed from a “first-come, first-served” application process to one that was competitive since funding for the program was limited. It also helped to ensure that the limited funds are used effectively and provides a means to compare competing applications.

The five loans total $174,582, with $180,000 budgeted in this fiscal year’s downtown loan plan. Director of Development Services Steven Van Steenhuyse says he’s been talking with the Finance Director Brent Hinson on whether or not they might be able to issue some more loans before the end of the fiscal year.  “I’ve been in some discussion with Mr. Hinson about that, whether there’s the possibility for any future loans that could be done this fiscal year. I believe that there is some flexibility in that. We’d have to come to council probably with those requests, but we’re hoping we might be able to make another loan or two before the end of the year.”

Seven applications were received during the application process between July 12th and August 13th, with two of the applications being rejected due to being incomplete. A committee reviewed and scored the applications based on eight criteria that Van Steenhuyse says was set up by his staff.  “This was our first shot at it, we learned a few things this time, so we’ll probably make some tweaks to it as we are moving forward. One of the areas of scoring for the downtown program is adding residential units. None of these projects did, so those points weren’t even available. Out of a 100 maximum total points, up to 25 points from that were not even available. Everything scoring in the 30 to 50 range based on the fact that there were no residential projects was what I think we would expect based on the way it’s put together.”

The council approved these applications:

== $30,000 for Birdsall’s as part of a $102,000 project that includes constructing an ADA-approved bathroom, repairs and updates to the freezer room, and a facelift to the retail area

== $30,000 for Bluehouse Properties LLC to renovate the former Domino’s Pizza restaurant space downtown to a dine-in restaurant, with total construction costs estimated at $150,000

== $30,000 for Frein Audio & Technology for a $112,000 project to convert the former “Affordables on First” store to offices, service areas and storage for the business.

== $27,291 for Johnson’s Auto at 512 North Federal as part of a $54,582 project that includes new building siding, replacing the flat roof with a new pitched roof and re-sealing the parking lot.

The loans will leverage a total investment of $566,582 in the downtown area, and based on the City Assessor’s estimates, the projects will result in an additional $192,140 in property tax revenue.