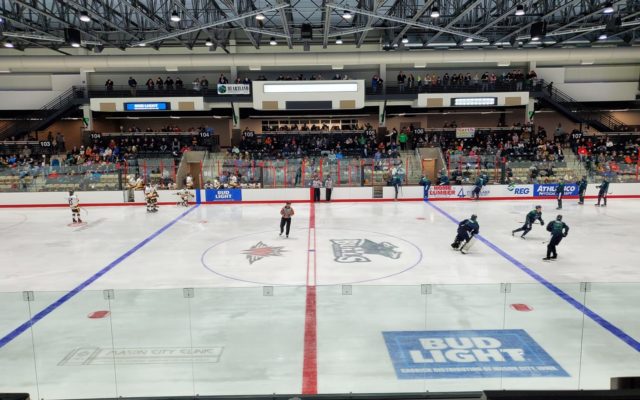 MASON CITY — The City of Mason City on Friday received another award for the Mason City Multi-Purpose Arena.

The group 1000 Friends of Iowa recognized ten projects in eight categories as part of their 2020 Best Development Awards. Award winners are recognized because they exemplify planned, sustainable connections between built structures, land, and natural resource development and quality of life.

The Mason City Arena won the award in the Renovated Civic category for converting the vacant JC Penney store in Southbridge Mall into a space that fits the recreational needs of the community.

1000 Friends of Iowa executive director Kari Carney says the city worked hard to transform the old store space into the arena. “It had been empty, it was dilapidated. Realistically it created blight in the neighborhood, what was happening in the downtown area. The City of Mason City has worked really hard to figure out what to do with this space that adds value and restores the downtown area and really helps the community thrive again.”

Carney says the arena project has made positive effects for the community.   “To me, this is a wonderful example of what a city can do when they took this JC Penney store and turned it into this amazing state-of-the-art arena that used for hockey and so forth. It’s really a way to engage and bring in residents again and get people back to downtown and using this space that wasn’t being used. It’s really exciting and the difference in downtown Mason City is huge.”

Other award winners were in the communities of Burlington, Clarence, Clive, Davenport, Des Moines, Dubuque, Jewell and Oxford. The Iowa Flood Center was also recognized.