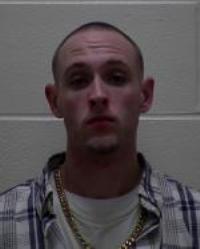 Police say two people were walking in the area of 14th and North Washington on January 19th when 25-year-old Jacob Mills approached them and demanded they empty their pockets. One of the people gave the suspect a cell phone, with Mills smashing it on the ground. Mills then allegedly demanded the backpacks they were wearing and ordered one of the victims to get into a car, where he started asking questions and punched the victim in the face. As the victim attempted to get away, Mills allegedly grabbed them by the hood, took them to the ground and began choking and punching the victim, with Mills then leaving the scene.

Mills was charged with second-degree robbery, a Class C felony, as well as first offense possession of marijuana and interference with official acts. He was scheduled to go on trial later this month, but online court records show a plea change hearing has been scheduled for March 26th in Cerro Gordo County District Court.