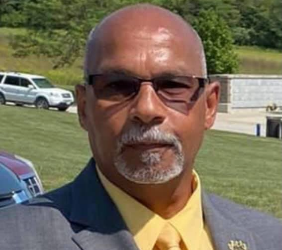 MANLY — The mayor of Manly, who recently came under fire for being overpaid for city council meetings and swearing at a fellow public official during a council meeting last month, says he’s submitted his resignation.

State Auditor Rob Sand issued a report in June after finding 14 issues related to the receipt and disbursement of taxpayer funds during a time period between July 2019 and June 2020. Among those findings included that Mayor Regan Banks was overpaid during that time period. Banks salary is $2400 a year plus $50 for each regular city council meeting and $25 for each special council meeting. Banks was paid $150 for attending three city council meetings that were cancelled as a result of the COVID-19 pandemic.

Banks was also chastised by Sand’s report for using city funds to pay for pizza for lifeguards at the city’s aquatic center, saying that may not meet the requirements of public purpose since the public benefits to be derived were not clearly documented.

When questioned by councilman Richard Baird at an August 3rd meeting on whether Banks had repaid the $150 salary, Banks said he was not at fault and that his lawyer was investigating how he received the money in the first place. A recording of the council meeting reveals Banks mumbled a derogatory statement regarding Baird’s intelligence.

Banks made a social media post on Tuesday evening announcing his resignation, saying that after serving two and a half terms as mayor he resigned for his health and to spend time with his family.