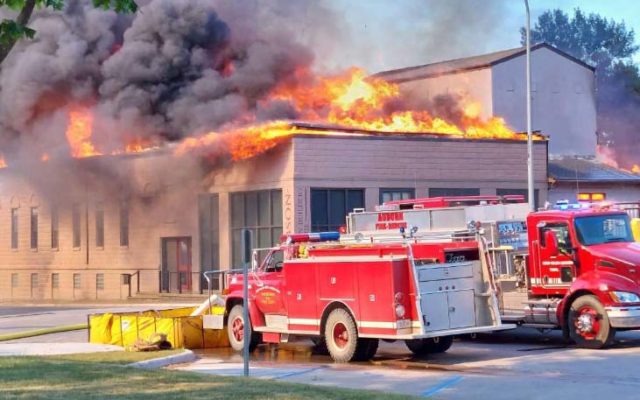 “The steel building was fully engulfed when we got here and it was already starting to head down the east side of the old building,” Boyd says. “It was game on at that point.”

The fire spread rapidly and, according to Boyd, there were several factors that contributed to the speed and ferocity of this blaze. “There’s so much flammable material in there — all this kiln dried wood and chemicals,” Boyd says, “and it’s an old building.” 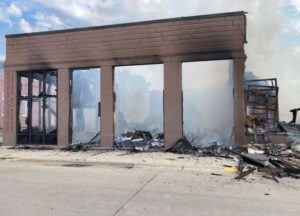 Boyd says six of his firefighters stayed at the scene all night as the rubble that is all that remains of the business smoldered well into the late morning. The only other damage reported was to the roof of the adjacent Community Building.

A spokesperson for Dobson says the entire team is devastated and heartbroken. The company thanked fire fighters from Lake City and six surrounding communities for the quick response and their attempts to save the pipe organ that was being built for an historic church in Sydney, Australia.

Dobson managers met Wednesday morning to assess where their next steps may be. Lynn A. Dobson, who founded the company in 1974, retired early last year. In addition to building and installing new pipe organs around the world, the company performs maintenance on about 12 dozen pipe organs in the Midwest.