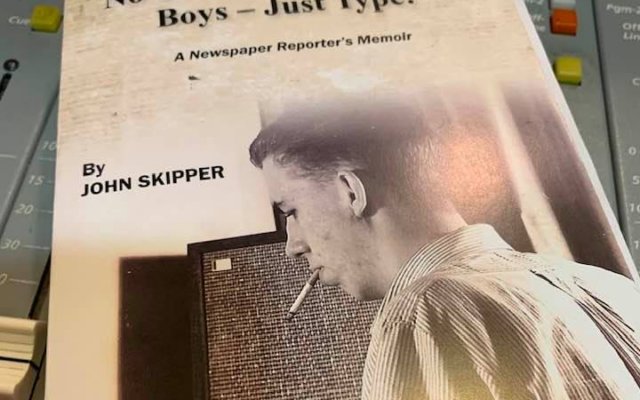 Photo of John Skipper's book "No Time for Journalism Boys --- Just Type!" taken during an appearance on KGLO promoting the book in June 2020

MASON CITY — A longtime Mason City newspaper writer and author has died. John Skipper worked in the newspaper industry for 52 years, most of those with the Globe Gazette.

Skipper was the newspaper’s city and county government reporter. He had retired in February 2018, but wrote a weekly column for the newspaper  up until last week.

Skipper also published 16 books on a wide variety of topics. His interest in baseball also led to his being the general manager for the Mason City Bats independent professional baseball team in the Great Central League, which only lasted one year in 1994.

Skipper died on Wednesday at MercyOne North Iowa Hospice at the age of 77.