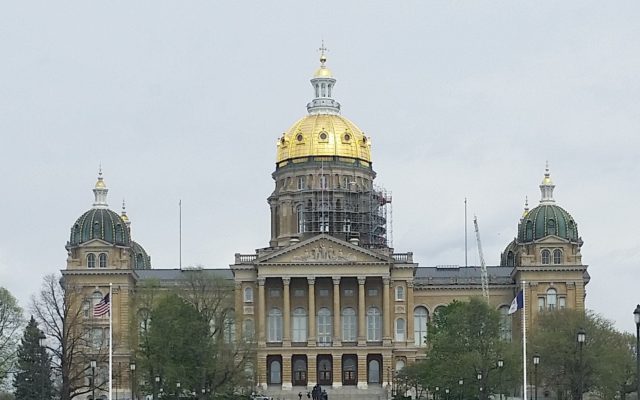 Republicans and three Democrats in the legislature have approved a plan to boost per pupil state spending for Iowa’s public K-through-12 schools by a total of 79 million dollars. House Republicans voted to endorse that level of spending Monday evening. Representative Cecil Dolecheck is a Republican from Mount Ayr.

“This budget…is adequate to maintain a quality education for students in the state of Iowa,” he said. “It does not fulfill all the wants that are out there. No budget usually does, but it funds the needs that are out there.” Senate Republicans, along with three Democrats in the senate, approved the roughly two percent increase in general state aid to schools Wednesday. Republican Senator Amy Sinclair of Allerton says about half the state budget is spent on education, from preschool to higher education.

“When considering all taxpayer dollars…we spend $14,600 per child,” Sinclair said. “…You do the math. Multiply that out over 20 kids in a classroom and see what we’re putting into every classroom in the state of Iowa.” Democrats like Representative Heather Matson of Ankeny say it’s not enough.

“This amount barely allows most districts to break even,” Madson says. “We need to do more than allow our school districts to survive. We need to fund them in a way that allows them to thrive.” Other Democrats, like Senator Jackie Smith of Sioux City, say state support of public schools hasn’t kept up with inflation.

“We need to fully fund education,” she said. “We want the next generation to have a love of learning. We want teachers to make an influence and we want the most qualified teachers in classrooms, the ones that really love kids.” A separate bill related to state education spending passed the House and Senate with bipartisan support this week as well. It extends extra state money to schools dealing with big transportation budgets, plus about 170 districts will get about five dollars more per pupil. That’s meant to deal with a problem in Iowa’s school funding formula that has meant some districts have been getting less in per pupil funding than others.