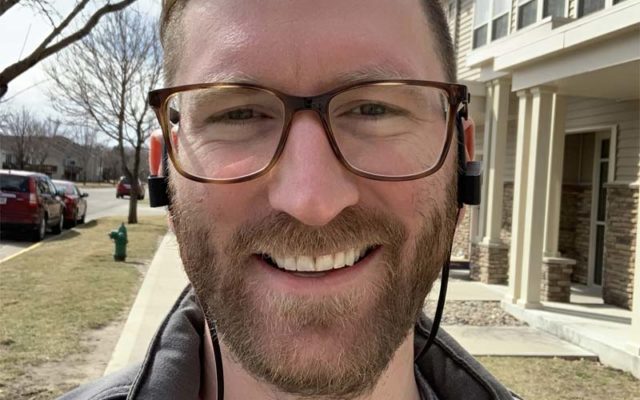 AMES — If you’ve always wanted to learn another language but haven’t gotten around to it, an Iowa State University study shows it could provide an important benefit.

An analysis by John Grundy finds a benefit linked to holding off Alzheimer’s disease. “People who are bilingual tend to be able to stave off symptoms of dementia by about four to six years later than comparable monolinguals. And that’s after controlling for things like socioeconomic status, education, and other things,” according to Grundy.

Grundy is an assistant professor of psychology at Iowa State and says learning another language gives your brain different options when it faces a roadblock.
“The idea here is that learning two languages over the course of your lifespan really rewires the brain in a way that is protective as the brain starts to deteriorate in older age,” Grundy says.

He says additional language learning gives the brain more knowledge to deal with things in another way. “It’s essentially exercising your brain. It’s not just bilingualism that does this. There are lots of experiences like higher-order education — and really anything that sort of challenges your brain over an extended period of time — really helps with protecting yourself against the symptoms that accrue with the neuropathology of for example Alzheimer’s Disease,” Grundy explains.

So how old is too old to start learning another language and benefiting from it? “I get asked this a lot and the answer which is great for everyone is that it is never really too late,” Grundy says. “So the more you immerse yourself in it and the more you challenge yourself — the better it will be. Of course, if you do it for a long period of time, generally the better the outcome. But it is never too late.”

Grundy says whether it is a new language you learn or something else the key is to keep the mind active. “Challenge your brain. Start learning a new language, start writing with your left hand, start taking different pathways home. It’s anything that if you can really challenge yourself and get a similar outcome with a different path,” he says.

Grundy says the study did not substantially show that bilingualism deters Alzheimer’s disease incidence rates — it’s a form of cognitive reserve helping to fight off the initial symptoms of dementia until later in life.