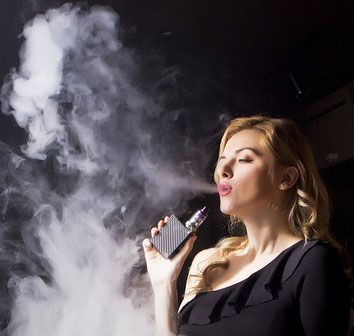 DES MOINES — The president of the Campaign for Tobacco-Free Kids applauds the recent FDA ruling that banned Juul vaping products from the U.S., but he says the damage is already done in states like Iowa.

Matt Myers says in almost every category, Iowa’s youth smoking rates are well above the national average and it’s going to take serious work to reduce what he’s calling an epidemic.

Juul’s role in driving the youth e-cigarette craze is clear, according to Myers. He says the company introduced a sleek, easy-to-hide product that was sold in appealing flavors which delivered massive doses of nicotine that can quickly addict kids.

“Juul has fought regulation every step of the way in order to continue to market to kids and they’re doing so now,” Myers says. “The FDA’s findings should concern everybody, but Juul won’t give up.” With slick marketing campaigns that focused on teens, Myers says Juul is largely to blame for e-cigarette use among high school students rocketing between 2017 to 2019.

“While the e-cigarette companies touted the product as a way to help smokers quit, they marketed the products to youth,” Myers says. “So what we found was the percentage of kids who use e-cigarettes almost doubled during the three years after Juul was introduced, even during a period of time when we saw no increase in adults using these products.”

While the FDA order specifically named Juul, Myers remains hopeful it will serve as a warning to other vaping product makers. “What’s really our long-term concern is that many of the kids who use these products have become addicted,” Myers says. “Kids who start using e-cigarettes are three times as likely to become cigarette smokers, and the threat that e-cigarettes pose to the long-term progress we’ve made in Iowa and elsewhere is real.”

The youth e-cigarette epidemic is a public health crisis which Myers says Juul, more than any other product or company, is responsible for creating. He says removing these products from the market is “absolutely critical” to reversing the trend.