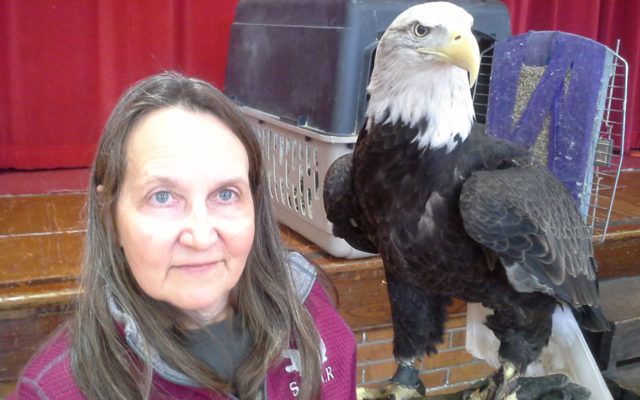 Le MARS — While the bald eagle is making a comeback in Iowa and across the country, an expert says there are still some challenges facing the national symbol.

The executive director Saving Our Avian Resources (SOAR) Kay Newman from Carroll, operates a rehabilitation program for eagles. “Half of all the eagles who come to rehabilitators in Iowa have ingested lead, and are impaired or lead poisoned,” Newman says, “and that’s a huge percentage.”

Newman spoke in Le Mars this weekend and says eagles will prey on other animals that may have been shot by lead-based ammunition, and that is how they get the lead poisoning.

“This type of poisoning is completely preventable. So, anyone who hunts — it doesn’t matter what they hunt — there’s a non-lead version of the ammunition out there,” according toe Newman. Newman says the same thing happens with fishing, when anglers use lead sinkers, or lead
based lures.