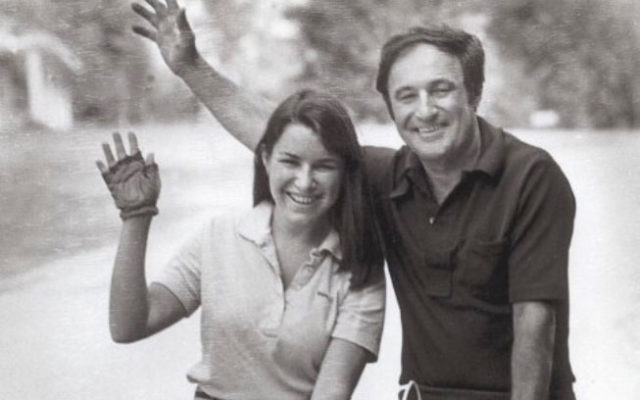 Klobuchar and her father, featured in policy roll out

There are so many people that have come up to me across America, including in Iowa, that say ‘I just don’t know where to go for help,’” Klobuchar told Radio Iowa.

Klobuchar’s plan would largely be financed with a new tax on opioids and a national legal settlement with opioid manufacturers. Klobuchar unveiled her plan this weekend in Iowa and hosted round table discussions in Iowa City and Des Moines. She openly discussed her father’s battle with alcoholism and the invention that happened after his third drunk driving arrest.

“At that point, I told him everything that had happened our whole lives growing up and how it had affected my sister and me and he had his minister there and his friends and he finally went to treatment and, in his words, he was ‘pursued by grace,’” Klobuchar said. “It changed his whole life.”

Klobuchar, as president, would send federal money to states to improve training for teachers and doctors, so addictions or mental health problems can be identified and treated earlier.

“Whether people are addicted to opioids or meth and whether they have mental health issues, they should have a chance at recovery and a second chance,” Klobuchar said.

Klobuchar’s plan calls for additional federal spending on suicide prevention programs. She has also proposed a federal law that would force doctors to enter all opioid prescriptions in an electronic database, so pharmacies can prevent so-called “doctor shopping” by addicts.