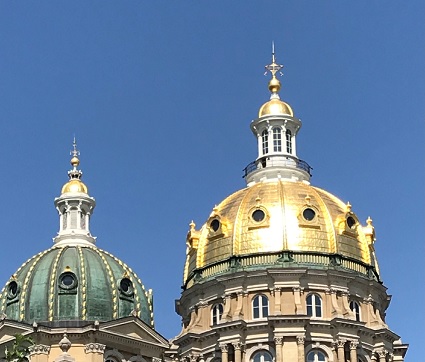 DES MOINES — The Republican who’ll lead the tax policy committee in the Iowa House next year says property tax relief will be his primary focus. Representative Bobby Kaufmann of Wilton says property taxes have “exploded” over the last decade.

“It’s one of the top things I hear, not just on the campaign trail, but also back home when I’m around constituents, particularly when it comes to seniors who are on a fixed income who see skyrocketing property taxes,” Kaufmann says. “They have to start making incredibly difficult choices about what to pay for.”

Kaufmann has been tapped by House Speaker Pat Grassley to lead the House Ways and Means Committee when the legislature convenes in January. It’s the panel that crafts and reviews all tax-related bills. Kaufmann says he’s interested in making “substantial” changes that lead to property tax relief.

Senator Dan Dawson, the Republican from Council Bluffs who’s chairman of the Senate Ways and Means Committee, has also said property tax changes will be the top priority for Senate Republicans in 2023. Last month at the Republican Governors Association meeting, Governor Kim Reynolds said her priority in the next four years is eliminating the Iowa income tax. She did not mention property taxes.