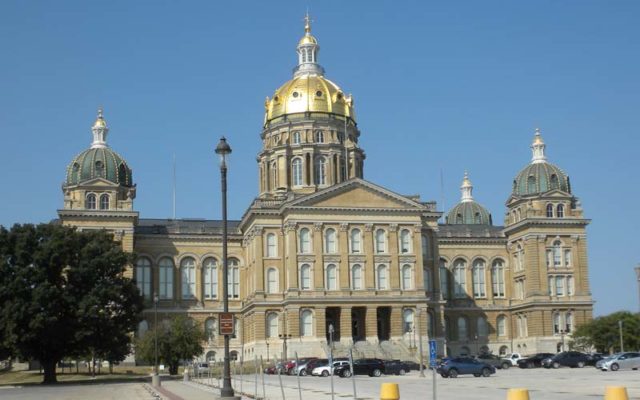 DES MOINES — A key Democrat in the Iowa Senate says the $1 billion in the state’s Taxpayer Relief Fund should be used to reduce taxes for working Iowans and invest in schools, hospitals and child care. Senator Joe Bolkcom of Iowa City is the top Democrat on the Iowa Senate’s tax policy committee.

The billion dollars accumulated over the past two years as state tax collections surged past official estimates and were deposited in the Taxpayer Relief Fund.

“It was seen as kind of a gimmick by Republicans to draw attention to their desire to cut taxes,” Bolkcom says, “and I don’t think anybody expected it would have this kind of revenue come to it the way it was designed.”

Bolkcom says the latest estimate indicates more than $9 billion in federal pandemic relief money and loans has been sent to Iowa during the Trump and Biden Administrations and the state wouldn’t have this billion dollar surplus without that.

“If it were not for the CARES Act money and the American Rescue Plan money from the federal government, Iowa would need every single one of these dollars that people have paid in state and local taxes to solve our problems that have been created by a pandemic that remains out of control in Iowa.”

As Radio Iowa reported Monday, Speaker Pat Grassley — the top Republican in the House — said the billion dollars is an overpayment that should be returned to taxpayers. Bolkcom says the across-the-board reduction in individual income taxes he expects Republicans to pursue primarily benefits the wealthiest Iowans.

“I think the tax cuts will absolutely be loved by their Des Moines donors,” Bolkcom says.

Bolkcom says he and other Democrat favor increasing the Earned Income Tax Credit for low and moderate income Iowans who work and have little to no income from savings or investments.