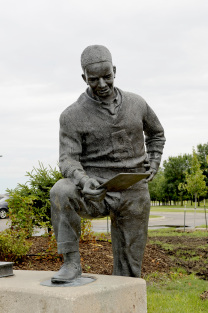 AMES, Iowa (AP) — Officials say a statue of Iowa State University’s first black student-athlete will be moved back to the central campus in Ames, away from the stadium named after him.

A university news release said Friday that the statue of Jack Trice must be moved because of construction of what will be called the Sports Performance Center. When the construction relocation issue arose, a university committee concluded it was time to permanently return the statue to central campus.

Trice died from internal bleeding two days after being injured on Oct. 6, 1923, in the game against the University of Minnesota.