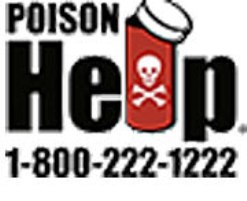 SIOUX CITY — This is “Poison Prevention Week” and a spokeswoman with the Iowa Poison Control Center in Sioux City says it’s a good time to look under our kitchen sinks and storage areas when it comes to cleaners, medicine, and materials that may fall into younger hands.

Tammy Noble says the week is a good reminder to break bad habits that could lead to problems.  She says sometimes the little things you do, such as reading the label to make sure you are not mixing things that shouldn’t be mixed. Or with medicine, be sure you are taking your own medicine and not someone else’s.

Noble says all chemicals should be handled properly to avoid accidental poisoning.  Things like not putting poisons in things like pop bottles. Sometimes people think about gasoline and I’ve got to put it in a container and they might find a pop bottle or something to put it in,” she says. “A child when they look at that — they are going to going to think that is pop.” She says that could lead to the child drinking the gasoline.

Noble says the center has been busy during this pandemic period with things you might expect — like calls about hand sanitizer. There has also been an increase in calls about bleach as people use it to sanitize things. “Sometimes people aren’t always aware of how to do that safely. So we have people who will sometimes be overcome by the fumes of the cleaners or have an eye exposure, or breathe too much of it in — so they call the Poison Center for help,” she says.

Noble said the late afternoon and evenings have been the busiest time for calls to the center. “Ninety-percent of poisonings happen at home — and most of them can actually be treated at home also,” according to Noble. “So we will give you advice on what to do and what side effects to watch for. And oftentimes we will even call you back and make sure things are going okay.”

The phone for the Iowa Poison Control Center is 1-800-222-1222 and the website is iowapoison.org. The center’s Facebook and Twitter sites will have special activities throughout the week aimed at young people.