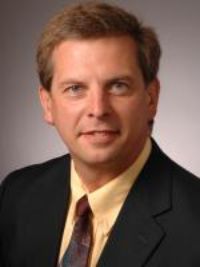 Larry Tranel is also a psychologist. “We’ve seen a lot of cycles in dairy over time — but we really haven’t seen one that had this big a tail on it where it lasted two, three, four years with the low prices,” Tranel says. “We actually take a look at the stress… even though the dairy prices have come back somewhat — we still find that the stress itself is going to have a pretty long tail on it as families try to recover from it.”

Doctor Tranel says the extended issues with low prices have taken a toll. “I’m seeing a level of stress that I probably haven’t seen in my 30-year career,” according to Tranel. “When we take a look at the magnitude of the stress — I would say it’s at a very a high level for the most part. Some have weathered the storm quite well — but there’s a lot of people that just really have a hard time.”

He says dairy farmers are caught between a rock and hard place. “They can’t afford to get out for the asset values, he says, “but they really can’t afford to stay in either because of some cash flow issues that have lingered on for quite some time,” Tranel says.

He says the long-term nature of the dairy industry issues can take a toll. “When people have things we call acute stress — like you have a barn fire or a tragic accident or something just happens real quickly — you don’t have time to prepare for it,” according to Tranel. “But when you have this chronic stress — just day-in day-out for four or five years in a row dealing with that — that’s the kind of stress that eats at peoples nerve endings and gets them more irritable.”

Tranel says one of the techniques he recommends for people dealing with these situations is to write things down. He says it allows them to address the issues and move ahead.. As we do farm couple getaways where we bring in these farm couples to try to deal with communication issues, set goals on the farm, trying to transition themselves out of so much stress — the biggest thing they come back with is the fact that you made us write this down is what got us going to the next step. And if you wouldn’t have made us write this down — we’d be talking about this for the next 20 years,” Tranel says.

Tranel made his comments at the recent Iowa Farm Bureau annual meeting.