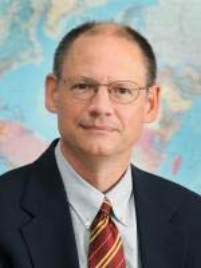 JOHNSTON — Iowa State University economist Peter Orazem says while there  have been gains, the number of Iowans who are working continues to lag behind pre-pandemic levels.

“If you look at Iowans under the age of 45, labor force participation rates actually went up. It’s Iowans over 45 where labor force participation rates went down and they really went down for people over 55,” Orazem says. “…We don’t think that they’re coming back and so that’s going to be holding back the Iowa economy in terms of its ability to make up for for its lost labor.”

Iowa had one of the oldest labor forces in the country prior to the pandemic and Orazem says it appears many who opted to retire in the past 18 months are not going to return to the workforce.   “We’re lagging the rest of the U.S. in terms of recovery of employment and that’s holding back, actually, the Iowa economy,” Orazem says.”

Ten days ago, the Iowa Workforce Development agency announced the state had added back all the jobs that were lost due to the pandemic. Orazem says the total number of employed Iowans still remains about one percent below pre-pandemic levels — and the labor participation rate is about two percent below what it was in February of 2020.   “We’ve had three straight quarters of negative Gross State Product, which would meet the classic definition of a recession,” Orazem says.

Orazem made his comments during a weekend appearance on “Iowa Press” on Iowa PBS.