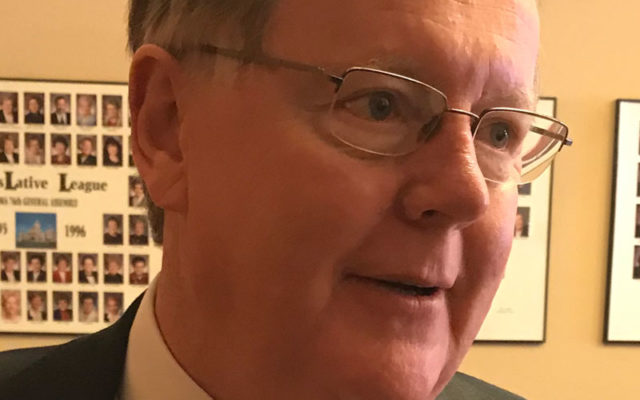 “The ‘Bottle Bill’ is falling apart. It hasn’t been updated in 40 years. It was a beautiful set of incentives when it was designed,” says Iowa State University economist Dermot Hayes.

The nickel deposit on plastic, glass and aluminum containers of alcohol and soft drinks should have been indexed for inflation, according to Hayes. The deposit would be at least 17-cents today if that had happened, and the one-cent handling fee for redemption centers would be three cents. Hayes says raising the deposit to that level — and making other beverage containers subject to the deposit — would increase recycling.

“At five cents, the recycling rate is falling off. It used to be automatic and routine,” he says. “…Now it’s fallen to 72 percent. For water bottles — non-carbonated water bottles — it’s only 26 percent and that’s the most common variety of material and it’s 26 percent because there’s no deposit at all…and that’s ending up in the landfill.”

Late last week, Hayes addressed members of two key legislative committees that are considering changes to the bottle deposit law. One proposal would place the five-cent deposit fee on water bottles, sports drinks and other non-carbonated and non-alcoholic beverage containers. Two other proposals would double the fee redemption centers get, in hopes of expanding the number of non-retail locations where Iowans may take their empties and get their deposit money back.

“The system is failing,” Hayes said during an interview with Radio Iowa and The Cedar Rapids Gazette. “It was a beautiful system when it was designed — and it’s not going to work much any longer.”

According to the Container Recycling Institute, more than 10,000 tons of plastic water bottles and other non-carbonated drink containers that could be recycled are thrown into Iowa’s landfills each year.