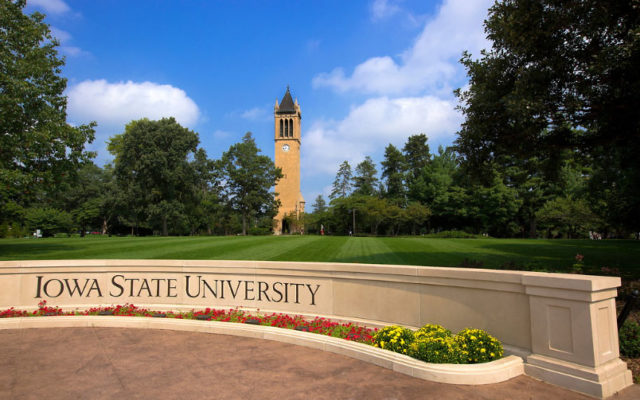 AMES — Five Iowa State University students who served our country in uniform will be honored this afternoon with a ceremony in the Gold Star Hall of the Memorial Union.

Rita Case, with ISU’s military-affiliated Student Center, says more than 600 names of former ISU students are carved in the hall’s wall and several veterans are singled out every year.  “We read the names and we have history,” Case says. “We research all year on who we pick that year and tell their stories and if their families are nearby, or we can get a hold of a family member, we try to invite those families to come.”

The annual ceremony that spotlights the stories of individual veterans began in 2003.  “This is a really meaningful ceremony,” Case says, “and then it makes these names that are on the walls that we walk by come alive.”

The Gold Star Hall’s origins date way back to 1928, when the names of Iowa State students who died in World War One were carved into the walls of the newly opened Memorial Union. Five veterans are being featured this year.  This year’s honorees are: Howard Medin of Algona and James R. Davis of Ames, both of whom served in World War Two; Ramon Roderick Davis and Donald Scott Wilkins, both of Ames, both who served in Korea; and Vietnam veteran Ronald Edgar Riede of St. Louis, Missouri.

Honoring five veterans is a little unusual for the service. “We usually only honor about three but we found a new name for the wall when we were researching one of the Davis’s we discovered they had a brother who was lost in the Korean War that was also an Iowa State student that we did not previously have listed on our wall.”

The veterans honored in the hall served in conflicts including: World War One, World War Two, Korea, Vietnam, Somalia, USS Liberty, Iraq and Afghanistan. The ceremony is scheduled for 3:15 P-M. The names and stories of each veteran listed on the wall are available in an online database on the Memorial Union’s Gold Star Hall website: mu.iastate.edu