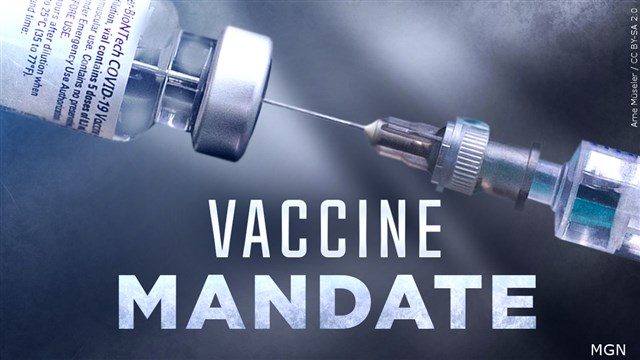 Governor Reynolds, in a written statement, said the Biden Administration’s vaccine mandate for the military “creates a national security risk.” Reynolds said it affects national guard units at the state level as well and restricts governors’ ability to respond to natural disasters and other emergencies.

About 8000 active-duty soldiers who’ve refused to get a COVID shot have been discharged. A Pentagon official told a Washington, D.C. radio station in September that about 9000 National Guard soldiers around the country who haven’t been vaccinated may be discharged this year.

As of today, 93% of Iowa National Guard soldiers have complied with COVID-19 vaccination requirements according to a spokeswoman for the Guard.

Neighboring governors from Missouri, Nebraska and South Dakota are among the Republicans who’ve joined Iowa’s governor in sending a letter to congressional leaders asking for the COVID vaccine mandate for the military to be eliminated.