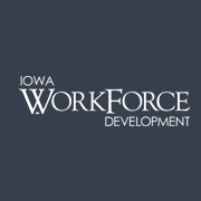 DES MOINES — Iowa Workforce Development Director Beth Townsend says one of the accomplishments of her agency this year has been to help people who lose their job get a new one faster.

“We started the year in January with the new re-employment case management system. And that was a process where we started contacting individuals who filed for unemployment, the very first week that they that they filed. So we’ve helped almost 30-thousand Iowans,” she says.

Towsend says they can’t point to specific numbers yet, but believe it has helped the state recover from the post-pandemic workforce crisis. “It’s too early to tell you know what impact that’s had on on the number of weeks that people stay on unemployment,” Townsend says. “But we know anecdotally we’ve heard over and over again about how this has really helped people kind of expand their horizons in terms of their work search.”

Unemployment did inch up slightly in the last four months — but Townsend says there’s an indicator that people are finding new jobs. “What we’ve seen in 2022, is people are not staying on unemployment as long as they previously had — which which is reflected in the low amount of unemployment benefits that we’ve paid, even though the unemployment rate itself or I mean, the unemployment benefit itself goes up every year to keep up with inflation. The amount, the total amount is less so fewer people were drying it for shorter periods of time,” according to Townsend.

She says the cut in the number of weeks people can draw unemployment benefits that started in July does not figure into the equation yet.  Townsend says it looks like it looks by the end the year the state will pay about $260 million in benefits, when that is about $400 million. “That’s a really good indication that we’re helping people get back to work faster, that they’re taking advantage of all the opportunities that had been available during this time where we’ve had, you know, high number of job openings and fewer people available to fill those jobs,” Townsend says.

She says they will continue working in 2023 to get those who haven’t returned to work after dropping out of the job market during the pandemic back into jobs.