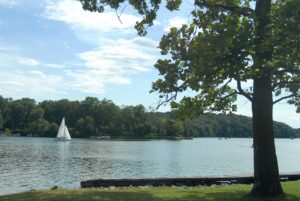 IOWA CITY — Tuesday marked 50 years since passage of the federal Clean Water Act, a landmark environmental law which created the first national standards for water quality. It stemmed from public outcry over widespread pollution from cities and industry.

University of Iowa law professor Shannon Roesler says there have been legal battles over the scope of the law ever since. Earlier this month, the U.S. Supreme Court heard arguments in a case challenging protections for wetlands.

“And that will affect permitting programs that regulate land development, by and large,” Roesler says, “so this is a major question.”

When it was passed in 1972, some cities and industrial plants were releasing raw sewage and untreated waste into lakes and rivers.

Professor David Cwiertny, at the UI’s Center for Health Effects of Environmental Contamination, says that kind of pollution is now largely under control. Instead, one of the main challenges for Iowa water is agricultural runoff, which was left out of the Clean Water Act.

“That’s the problem today is, it’s a law that has worked, but it was a law that was limited in scope to begin with,” Cwiertny says, “and as a result, most of our pollution struggles today are all things that are falling outside that scope.”

Fertilizer runoff from farm fields is exempt under the law, and has become a major contributor to nutrient pollution in Iowa lakes and rivers. Cwiertny says legal battles over the reach of the Clean Water Act started as soon as it was passed.