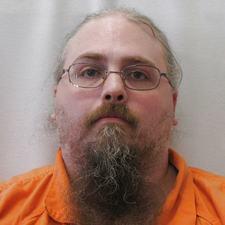 Kenneth Adams was convicted in 2013 for the 2012 death of his 18-month-old son Owen and sentenced to 50 years in prison. Prosecutors said Adams put the boy face down in a pillow to try and calm him during a temper tantrum at his family’s home, cutting off his breathing.

Adams originally appealed for post-conviction relief citing that trial counsel was ineffective for failing to seek exclusion of a medical examiner’s expert opinion testimony on the cause and manner of death, and that his counsel failed to move for a mistrial after the medical examiner questioned his trial counsel’s knowledge of copyright law on cross examination. Adams also said his lawyer failed to request a jury instruction stating guilt cannot be inferred from a defendant’s decision not to testify at the trial.

The Iowa Court of Appeals in June ruled against Adams, saying he failed to demonstrate a breach of an essential duty in any of his ineffective assistance claims.

Adams filed an appeal for review by the Iowa Supreme Court, but on Friday they denied further review in the case.