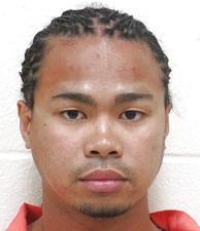 Edgar Concepcion Junior was 14 years old when authorities say he raped and murdered his cousin, three-year-old Krystel Banes, in 2009. Concepcion was convicted of first-degree murder, first-degree sexual abuse, second-degree sexual abuse and child endangerment causing bodily injury by a jury in 2010 and was sentenced to life in prison without the opportunity for parole.

A United States Supreme Court ruling in 2014 regarding the sentencing of juvenile offenders forced Concepcion to be re-sentenced in 2016 to life with the possibility for parole.

The now 26-year-old Concepcion earlier this year lost an appeal of his case to the Iowa Court of Appeals as he said he was innocent, his lawyer failed to challenge his competency to stand trial, that certain medical testimony was not admissible, his attorney was ineffective, and that the interrogation method used by police was unconstitutional.

Concepcion’s request for a review of the case by the Iowa Supreme Court was denied earlier this week.