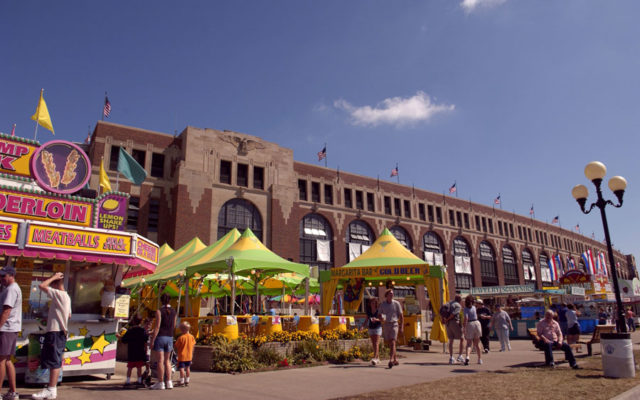 DES MOINES — The Iowa State Fair opens its gates in Des Moines in one month and the search is on for workers to fill some 1,500 positions.

Spokesperson Mindy Williamson says it takes a lot of people to keep the fair going. “Those positions that we have open are anything from admission ticket sellers and takers, to thrill parks, cashiers in our ride area,” Williamson says. She says there’s a variety of opportunities — including a chance to bake cookies.

“There’s sort of a whole gamut of skill levels and interests and hours of things that will be open. And if you are looking for a little cash heading into the fall — the fair is a great place to do that,” according to Williamson. There are some maintenance jobs you could start right away — but most jobs only last through the run of the fair.

“There’s a little longer time span for some of those maintenance positions — but many of our ticket takers and ticket sellers — yes, it’s just those 11 days — August 12th through the 22nd,” Williamson says. She says they need people of all ages and skill level.
“It depends on the positions and what they have filled up to this point,” Williamson says, “but 14 and older anyone can apply for any of those jobs. Any skill level, we’ll find something that you’ll love to do here at that fair.”

You can apply online at iowastatefair.org, or go to the administration office on the fairgrounds to fill out an application. That office is open 8 a.m. until 4:30 p.m. every weekday.