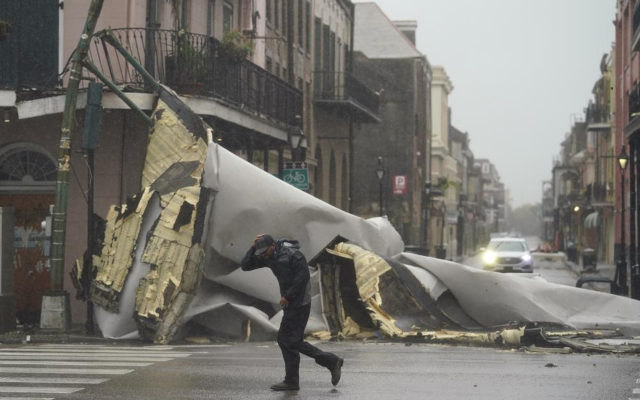 The category-four storm came ashore August 29th with winds of up to 150 miles an hour. Leslie Schaffer of Des Moines is the executive director of the Central Iowa Chapter of the American Red Cross says the goal now is to help residents on the Gulf Coast to recover. “We’re just trying to put an operation together that helps the people,” Schaffer says. “There’s such great need here, a lot of destruction, a lot of flooding, and people are still without power, they’re still without plumbing.”

While most of New Orleans has seen electricity restored, Schaffer says many outlying areas are still without power, which makes life miserable as the humidity is high and temperatures are topping out in the mid-90s. Red Cross response vehicles are fanned out in Louisiana, helping residents with whatever they need, from clean-up kits and hot meals to shelter and mental health counseling.

“We go out and deliver the service and we know the American public will support us, so we go out there and do what we need to do,” Schaffer says. “Supporting the American Red Cross financially is the most efficient and effective way to help down here.” Officials say 91 deaths are confirmed in relation to Ida, including 13 in Louisiana. Schaffer says some Iowans may want to get more involved than making a financial donation.

“If they’re interested in helping in the future, they can contact the Red Cross and become a Red Cross volunteer and be ready when we have the next disaster — and I can guarantee you, there will be more disasters,” Schaffer says. “We need to build our capacity in Iowa.”