Iowa prison population falls from 22% to 7% over capacity 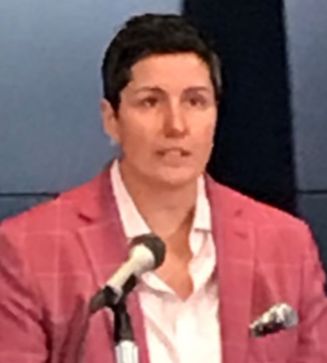 DES MOINES — The state’s prison population has decreased significantly since this spring for a variety of reasons related to the pandemic. Iowa Department of Corrections director Beth Skinner said there are about 1,100 fewer inmates in the system today compared to March.

“Being 22% over capacity, we knew we had to create space in our prisons to be able to, when there were positive cases, to be able to move people around, put them in soft or hard quarantine, try to keep those away from the healthier individuals,” Skinner said during this month’s Iowa Board of Corrections meeting.

Part of that reduction is due to suspended court hearings that could have sent more people to state prison. There’s also been an increase in the number of inmates who have been paroled early. Skinner said her staff has been reviewing the criminal records of inmates to come up with new lists for the parole board of people at the lowest risk to commit another crime.

“We have looked at the people that are medically compromised to see if there’s potential there, to get them out,” Skinner said, “but we’re looking all across our population in terms of the best candidates, to get them out safely into our communities.”

There are currently coronavirus outbreaks at the prison intake and medical center in Coralville and at the state’s minimum-security prison in Mount Pleasant.

“It’s very dorm-style, so you can see 4-6 guys in a room which can be very problematic when you have positive Covid cases in a prison so you can imagine how quickly things can spread,” Skinner said. “…I think we’re on the downhill side in terms of flattening the curve in Mount Pleasant.”

More than 560 Covid tests were being performed at the Mount Pleasant prison Monday. Test results should be available within 48 hours. Dr. Jerome Greenfield, who oversees the health of inmates in all nine state prisons, credits an inmate in Mount Pleasant for speaking up as soon as he noticed symptoms.

“It might be anecdotal, but it just seems that Mount Pleasant we were able to catch it maybe a little earlier than at Fort Dodge,” he told the board. “…At least at this time, things are going fairly well given the openness of the dorm setting and the actual physical layout of the facility.”

Two of the four Iowa prison inmates who have died of Covid refused treatment for the virus, according to Skinner. The agency’s website lists 181 active cases of Covid among prisoners, with two inmates in intensive care today. One of them is on a ventilator.

Skinner said staff have been conducting wellness tests and doing temperature checks in each prison since this spring to be on guard for outbreaks.

“In Fort Dodge, I think we got up around 300 positive cases. They have no positive cases right now,” Skinner said. “The efforts of the leadership, the staff, and their dedication to keeping staff and individuals incarcerated safe has just been nothing short of extraordinary.”

Twenty of the staffers who work at the prisons in Coralville, Fort Madison, Mitchellville, Mount Pleasant and Newton currently have the virus, according to the department’s website, but none are hospitalized. So far this year, more than 13,000 Covid tests have been administered to prison inmates and staff.