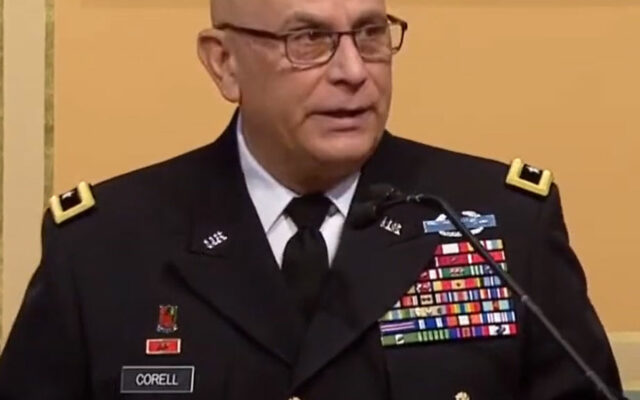 “We open the door and want lots of young men and women from Iowa to join our ranks, but not everybody wants to serve,” Corell says. “There are other opportunities…There’s a lot of competition out there for young men and women of Iowa to do things that are less physically demanding and less requirements driven.”

In a typical year, Corell says about 700 recruits apply for an Iowa National Guard Service Scholarship, but this past year that’s increased to 900 and he says reducing the amount of each scholarship would hurt recruiting efforts.

“We’re able to recruit young people not only because we have recruiters, but because we have young people who joined the organization and had the opportunity to have their college education paid for,” Corell says. “If come back and say: ‘Well, we can’t fund you at 100% because we’ve expended the money that we have within budget,’ I don’t think they’re going to go tell their friends and their neighbors: ‘Hey, you should join the Iowa National Guard. They said they were going to fund me at 100% and I only got 60%.”

The governor’s budget calls for a $1.5 million increase for Iowa National Guard Service Scholarships, for a total of over $6 million in scholarship money for recruits.

“It’s critical for us to keep that program going, keep it funded,” Corell says. “It’s important for Iowa, it’s important for our communities to get these people with a college education and then we’ve got to balance their requirements in the Iowa National Guard with their ability to go to school.”

Corell cites recent studies indicating 2022 was the worst year for military recruiting since 1973 when the military began the transition to an all-volunteer force. Corell estimates the latest batch of new Iowa National Guard recruits is about 60% of his target. He still has about 98% of the soldiers the Pentagon has authorized for the Iowa Army National Guard and 97% of the airmen for the Iowa Air National Guard.

“It’s not a crisis today,” Corell says. “My role is to ensure we have the people, they’re trained and their ready to respond and to do that, we’ve got to reach out. We’ve got to get more men and women from Iowa who say: ‘Tell me more about this Iowa Guard.’”

Corell spoke with reporters Thursday after he delivered the annual “Condition of the Guard” address to legislators.