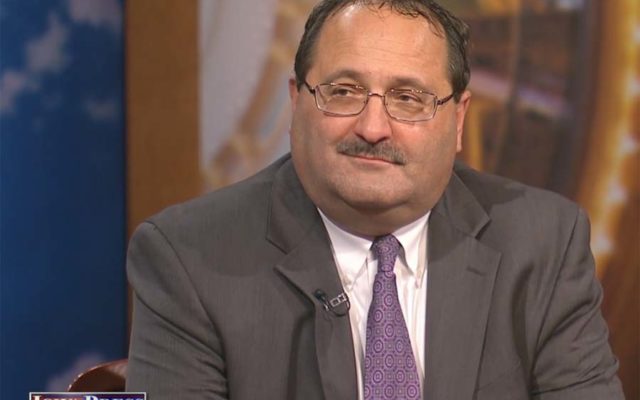 JOHNSTON — Iowa Republican Party chairman Jeff Kaufmann says it would be a relief to have 87-year-old Senator Chuck Grassley run for reelection in 2022.

“I will tell you this: that if he does run, I will be smiling,” Kaufmann said during a weekend appearance on “Iowa Press” on Iowa PBS. “…Look, the guy can out-think me, out-work me and out-run me literally. I’m sure that he could be a United States Senator for six years and I mean that sincerely.”

Grassley has said he’ll make his decision public later this year. If he does win re-election and serves all six years, Grassley would be 95 at the end of his eighth term in the U.S. Senate.

Kaufmann said he hopes voters who became Republicans because of Donald Trump turn out to vote in 2022.

Kaufmann said while officials in other states should deal with the “perception” their election laws are flawed, Kaufmann said it’s clear Trump lost the 2020 election, since Joe Biden was sworn into office.

As for the next presidential election in 2024, Kaufmann said he’ll lobby against any effort to hold Iowa’s Caucuses, New Hampshire and South Carolina’s Primaries and the Nevada Caucuses all the same day. It’s something Democrats have discussed.

“It defeats the purpose,” Kaufmann said. “The purpose of starting with Iowa is so that a Rick Santorum or a Barack Obama can actually go out there and actually campaign face to face.”

Another complication Kaufmann cited is that the New Hampshire Constitution requires that state to host the nation’s first presidential primary.