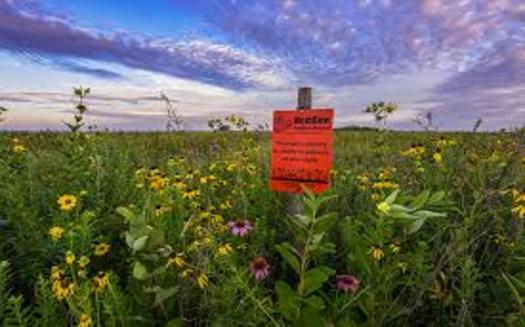 NASHUA, Iowa — Some Iowans are among those weighing in on proposed changes to a landmark federal environmental law, saying the changes would be harmful to wildlife habitat and other landscapes, including farm communities.

The Trump administration wants to limit the review powers of the National Environmental Policy Act, or NEPA, making it easier for federal projects to avoid public scrutiny and environmental review.

Ethan Vorhes, a farmer in north central Iowa, doesn’t want to see the changes go through. He says given all the flood issues rural Iowa has seen, any source of more environmental harm would be devastating.

“It starts to do damage to our water quality, you know, just as well as destroying critical habitat for wildlife,” he states.

Vorhes says he’s especially concerned about declining pheasant populations in Iowa, which have been linked to changing weather patterns.

Supporters of changing NEPA say the environmental reviews mean that some projects take much longer than they should.

Vorhes says in certain cases, it might be okay to streamline the review process, but he maintains taking most of it away would leave everyday people without a voice, when they deserve to have input on projects that would affect them.

“The public is a good set of watchdogs, you know, and a reliable measure of the impact on the community,” he points out.

NEPA was signed into law by President Richard Nixon in 1970, after a river caught fire in Ohio and a tanker spilled three million gallons of crude oil off the California coastline.

Tuesday’s hearing is in Washington. Public comments on the proposal can be submitted through March 10.