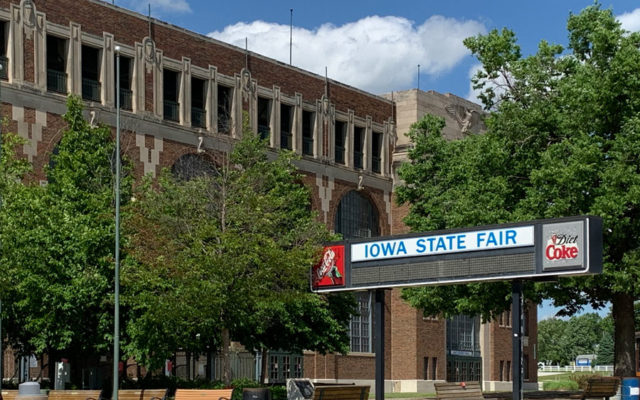 The Grand Concourse of the Iowa State Fair

DES MOINES — Well over half of the purchases for food, beverages and other items at last year’s Iowa State Fair were done electronically — and Gary Slater, the General Manager and C-E-O of the fair, says expects that to increase for this year’s event.

In 2014, there was significant push-back when the Iowa State Fair announced a cashless system for buying food during that year’s Iowa State Fair and the plan was abandoned eight years ago. Various surveys indicate at least 80 percent of Americans make cashless purchases today. And, according to Pew Research, a third of people under the age of 50 make no purchases with cash in a typical week. Slater says the pandemic accelerated that trend.   “We’re doing so much more online,” Slater says. “We’re buying our groceries online. All that’s with credit cards now.”

People who’ve purchased tickets for shows during the 2022 Iowa State Fair have the option to show a Q-R code from their smart phone at the Grandstand entrance. The State Fair starts August 11th.

County fair season is well underway. Tom Barnes is executive secretary of the Mighty Howard County Fair, which was held in June. He’s also executive director of the Association of Iowa Fairs.  “We’re seeing especially with the younger generations that we draw want some sort of credit card  payment,” Barnes says. “The problem that we have with our county fairs is the infrastructure isn’t in place in many areas.”

That lack of high-speed wifi prevents vendors at many county fairs from processing electronic transactions. According to Pew Research, a third of people under the age of 50 make no purchases with cash in a typical week.   “But you look at the demographics that the county fairs pull…you’ve got grandma and grandpa in their 80s and their great grandkids in their teens and that’s quite a wide range of what these people expect and how they’re going to pay for their goods,” Barnes says. “Cash is still king at the county fairs.”

Barnes and Slater made their comments during a recent appearance on “Iowa Press” on Iowa PBS.