Iowa bicycling advocates plead for donations on this Giving Tuesday 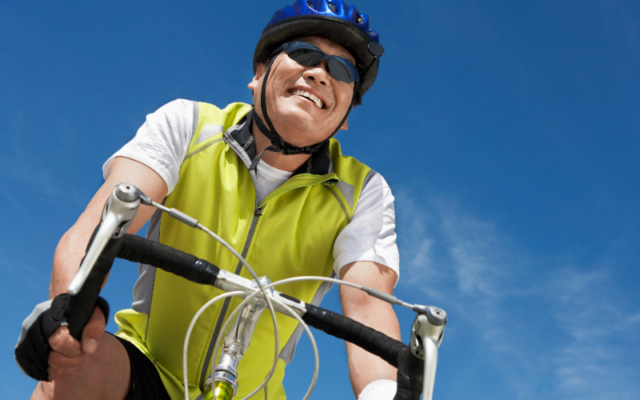 DES MOINES — Iowans are encouraged to make their year-end charitable contributions on this so-called Giving Tuesday and cyclists are being steered toward the Iowa Bicycle Coalition.

Mark Wyatt, the group’s executive director, says the nonprofit is asking for help from the many tens of thousands of Iowans who love to go two-wheeling under pedal power. “We want to expand our efforts to help have better bicycling in the state,” Wyatt says. “We work at the state capitol, we work with the DOT, we work in elementary schools all across the state. This opportunity helps us expand our reach.”

The coalition received pledges of 50-thousand dollars if that much is matched by the end of the year, plus, donations made today via Facebook will have all processing fees waived, so 100-percent goes directly to the nonprofit.  “If you donate to the Iowa Bicycle Coalition through Facebook, there’s no credit card charges associated with that and they have some matching funds,” Wyatt says. “Although they probably expire early in the morning, but if you donate early, your donation may be doubled.”

Lobbyists for the coalition are pushing state legislators on several fronts, including a call for much stiffer penalties for motorists who are involved in crashes with bicyclists.  “We’re also working for safe passing, so motorists would be required to change lanes to pass bicycles,” Wyatt says, “and of course, we’re working on some traffic safety issues. We’re really big on requiring hands-free cell phone use while driving.”

Whether it’s five-dollars or 500, he says all contributions can help to make an impact toward better educating Iowans and to help establish safe and enjoyable bicycle recreation and transportation networks statewide.