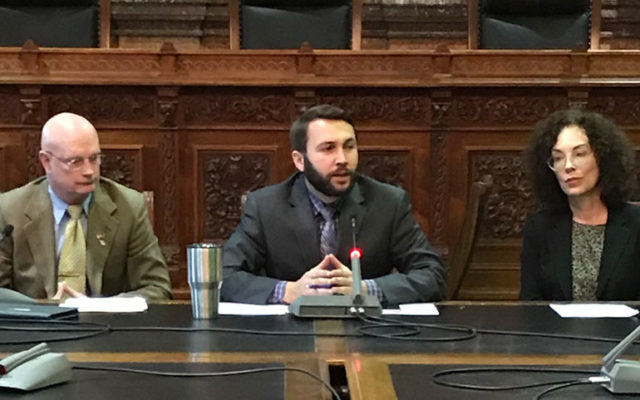 DES MOINES — It appears a Senate-passed plan establishing some restrictions if Iowa voters decide to automatically restore felon voting rights is on the fast track in the Iowa House. The bill is ready for debate in a House committee Wednesday after a subcommittee hearing Monday.

“We knew from the beginning that we had to define what discharge of sentence looked like and this bill does a good job of carving that out and really dealing with some tough issues,” said Drew Klein of Americans for Prosperity.

If Iowa voters eventually pass a constitutional amendment automatically grants felons the right to vote when they’re paroled, this bill would kick in. It would require felons to pay all the restitution they owe victims before they’d get the right to vote. Iowa Catholic Conference executive director Tom Chapman urged House members to reconsider and merely require felons to be current in a restitution repayment plan.

“Requiring the payment of restitution is just,” Chapman said. “However, all repayment before the right to vote would be restored could end up keeping low income people from voting.”

“There has to be a point where we allow the person to move on and become a part of society again,” Baker said.

But Baker said he doesn’t envy legislators wrestling with how to define when felons have completed their sentences. Former State Representative Clel Baudler, a Republican from Greenfield who’s a retired state trooper, urged the legislature to abandon the whole effort and keep the process requiring all felons to apply to the governor for their voting rights.

“I oppose the whole notion that felons should be automatically be given something once they get out of prison,” Baudler said.

Key House Republicans say the bill is likely to come up for debate in the 100-member House next week — and pass as is.