Home sales down slightly in 2018, sale price was up 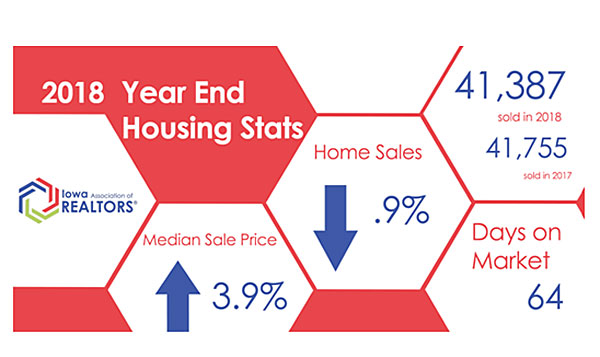 SPENCER — Final figures from the Iowa Association of Realtors show home sales in 2018 were pretty close to 2017.

Association president, John Goede, says the sales numbers were steady with a slight increase in the average sale price. “The difference between listings, pendings, and closed sales from last year to this year is under one percent either way — which is phenomenal,” Goede says.

“Having the homes available and affordable is always the magician’s trick,” he says. Buyers move quickly when a home becomes available. Goede says the only concern ahead is the potential impact of interest rates. “This rise from three-and-a-half percent to four-and-a-half percent for interest rates has caused some concern,” according to Goede. “We don’t know how that is going to work here. So far we haven’t seen that dampening affect of the higher interest rates make a difference yet — but that’s something to look for.”