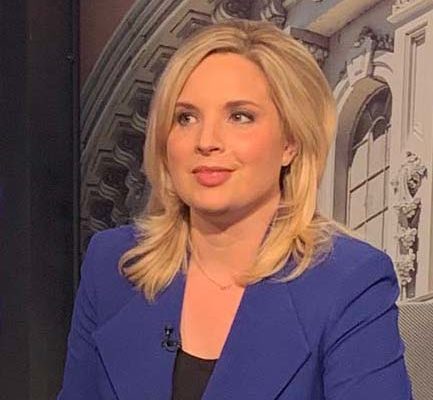 WASHINGTON — Iowa Congresswoman, Ashley Hinson, a Republican from Marion, is co-sponsoring legislation to reauthorize and modernize the bipartisan Childcare and Development Block Grant, or CDBG program.

That program sends federal dollars to states to help them with childcare access. Hinson says the legislation will expand family eligibility. “It raises the state median income threshold…it will bump that up to 150 percent. It still requires families below 85 percent of that are served first,” she says, “So I think that’s where we will see the expanded eligibility.”

She says increasing the affordability of care for more working parents is important. Hinson says the update would give states more options. “That is what I am focused on. And this is where I think this bill will be very helpful there because it does
grant states flexibility,” according to Hinson. “So it gives them the options to help support child care educators, professional development opportunities, and again, recruitment and retention efforts.”

She says there’s another component that could help providers. “It also makes sure that input and operational costs are included in calculating reimbursement rates. Because when I visited, I think eight different childcare facilities and had roundtables with providers and with parents who are looking at options. They need increased certainty. And they need to make sure that they can long-term be solvent,” Hinson says.