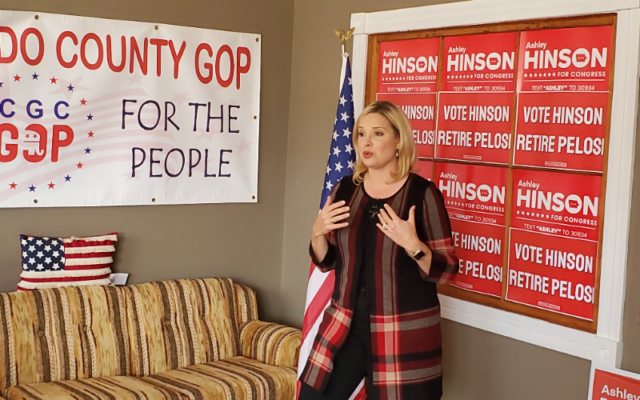 MASON CITY — North-central Iowa congresswoman Ashley Hinson says the House is already getting to work despite the four days worth of drama surrounding the election of Kevin McCarthy to be Speaker of the House.

She says,  “We did have our conversations, we got our work done. We selected Kevin McCarthy as our House Speaker. He is the right person to lead our conference, and he helped us to build a solid agenda that we can execute for the American people, our commitment to America, which you’ve already seen portions of that on the floor of the House this week. We are already getting to work on that in doing what the people of Iowa and the country told us that we need to do.”

Hinson says it was a frustrating four days but now it’s time to more ahead.   “One of the reasons I stepped up to do this job was because I did not like the chaos and dysfunction happening in Washington DC. Like most Iowans, I was also frustrated.”

The House earlier this week narrowly passed a package of rules governing its operations after weeks of negotiations with a block of conservative lawmakers who held up McCarthy’s Speaker selection. Hinson says one of the rules she did support in that package was doing away with proxy voting.  “I never voted proxy, I never voted on behalf of another member on the House floor. I think it’s really important that we are here in person, giving 100% and doing our job.  That was one of the provisions that went away with this new House rules package. I think the American people expect us to be here doing our jobs.”

Hinson just started her second term in the US House, with her new district including Cerro Gordo, Worth, Mitchell, Floyd and Butler counties in the KGLO News listening area.