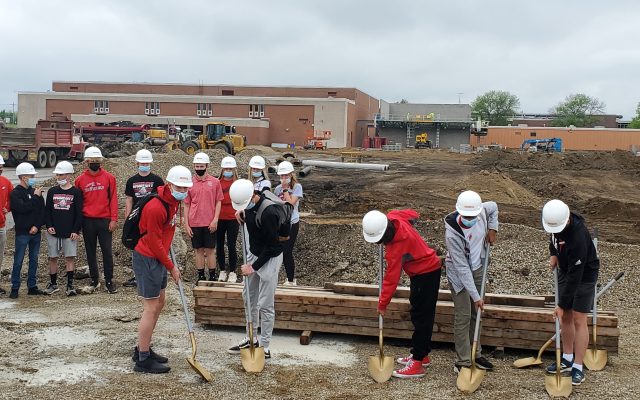 MASON CITY — Students turned shovels full of dirt at midday Wednesday as a formal groundbreaking ceremony was held for the Mason City High School Fieldhouse and Natatorium project. Construction on the $24 million project has been underway for a couple of months.

Ben Lorence is a four-sport athlete who says the facility will help student-athletes better prepare in the future.   “We work really hard during our off-seasons, during our regular seasons, in the hope to get to the post-season, and in order to get that far, we have to beat teams who already have these facilities. If we want to compete, which we do, and we show that, we need just as good if not better facilities, and this gives us the opportunity, and I’m extremely grateful for that.”

Chloe Callanan says she’s excited for the new additions to the high school.  “We have the new courts that are going to be in the building right here. We can play tennis in them, we can do volleyball tournaments in them. It’s opening up a lot of opportunities  for everyone involved. Every kid will be able to use it.”

Ra’Shaun Wynter says the current pool facility at John Adams Middle School is too small for today’s swimming program standards.  “Our swimming pool right now is very small and we can’t all be in there as a team, varsity and JV. It feels like there’s a little bit of a disconnect there. When it comes to team sports, we all have got to be there and be together because we’re a team after all.”

The fieldhouse being constructed just south of the stadium will include a 200-meter track and three different multi-purpose courts, while the natatorium being built on the south side of the gymnasium area will include an 11-lane pool with a second-level mezzanine and seating area.

The project is scheduled to be completed around July of next year. 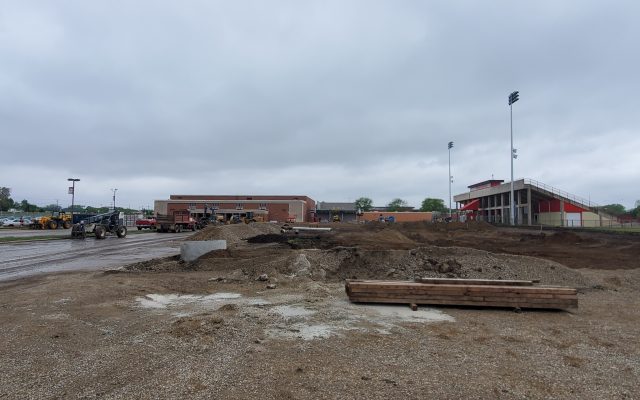