Grassley not sure Senate should hold impeachment trial 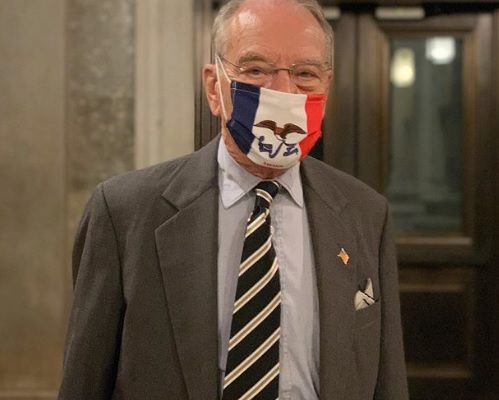 WASHINGTON — After ten U.S. House Republicans joined Democrats in impeaching President Trump on Wednesday, now some Republicans in the U.S. Senate are considering voting to convict Trump in a looming trial there.

Iowa Senator Chuck Grassley, a Republican, says he’s not sure there should even be a Senate trial, given the timeline, as it wouldn’t likely take place until Trump is already out of office.

“It’s a big constitutional question about impeaching a private citizen,” Grassley says. “That’s a major thing you’ve gotta’ think about, should Congress, under the Constitution, even do it?”

President-elect Biden’s inauguration is scheduled for next Wednesday and Grassley says he’s focused on looking ahead, not back. “We’re just six days away from a new president,” Grassley says. “I’ve been spending all of my time, as I hope all of my colleagues are, on working with the Biden administration to unify the country and it seems to me, that’s not an action that unifies the country, it further divides.”

If there should be a Senate trial, Grassley would not commit in advance to how he’d vote, as senators would be sitting as jurors. “We ought to listen to all of the evidence that’s presented and the defense that’s presented before we make a decision,” Grassley says. “I haven’t even read the indictment that comes from the grand jury-like action that the House took yesterday.”

Senate Republican Leader Mitch McConnell is quoted as saying he won’t stand in the way of an impeachment trial in the Senate, adding that he is “done” with Trump.