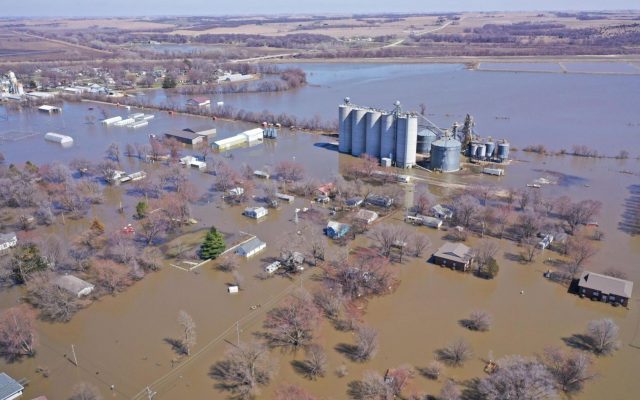 HAMBURG — Iowa Senator Chuck Grassley is among several members of Congress asking the U.S. Army Corps of Engineers to make flood control its priority in managing the Missouri River.

Grassley notes that it’s not the first time he’s asked the Corps to make the change, but he’s optimistic he’ll be heard this time.
“I sure hope so,” Grassley says. “We’ve got a new administration in. I think they’ll look at it a little bit different with the government involvement. Of course, it’s almost 100% government involvement.”

Grassley, a Republican, joined the bipartisan group representing Iowa and three other states in signing a letter to the Corps this week. The federal agency’s failure to prioritize flood control in the past is being called a “real problem” by the lawmakers, as the waterway is a vital resource.

“The private producer benefits from it, both agriculture and manufacturing, whether it’s taking things down the river or up the river,” Grassley says. “It’s not just locks and dams, there’s a lot of other things that are involved, but I believe that we’re getting their attention.”

The letter encourages the Corps to simply follow federal law with the Missouri River as outlined in the Water Resources Development Act. “It’s the best way to get your surplus crop to market,” Grassley says. “It’s pretty important economically.”

Congresswoman Cindy Axne, a Democrat, and Republican Senator Joni Ernst also signed the letter. On Wednesday, the southwest Iowa town of Hamburg, which was hit hard by Missouri River flooding in 2019, held a groundbreaking ceremony for a major project that will raise the levee eight feet.