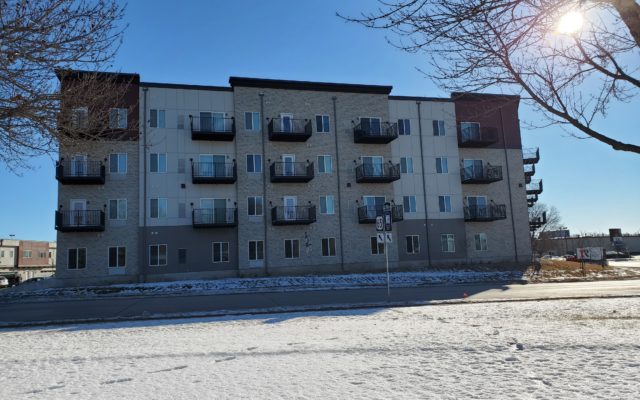 MASON CITY — A ribbon-cutting ceremony was held this morning for a $16 million housing development in downtown Mason City. Talon Development LLC of Sioux Falls constructed the development called “The River”, which includes 113 apartments and 20 town houses on the site that used to be the overflow parking lot south of Southbridge Mall.

Talon president Steve Boote says the occupancy rate is already near 70%, something he hasn’t seen with many similar projects. “Monday’s report showed 69% pre-lease. That’s people that are either now living here or are scheduled to move in, they have approved applications. I wish I had the exact data to back that up, but that’s certainly ahead of anything that I’ve seen recently. Occasionally there’s one that will really shine, and this is certainly one of those. Right now we are extremely pleased with the lease up.”

Boote says a study done prior to building this project showed the need in Mason City for 250 market rate housing units, meaning his company may look at constructing another project to close that gap. He says the biggest issue currently is construction material costs. “As most everybody knows, materials are getting scarce right now. That will heal over time, but typically when costs go up in the material world, they tend to stay up. That makes it harder and harder and harder to do these types of developments. So if we can marry this project with a sister project that’s close by, there’s a lot of economy scale things particularly with respect to management and maintenance and what have you, will drive that cost down for here, which will then help that other project get off the ground with a probably potentially slower lease up. In many of our mock-ups, we’ve gone on and did a second phase. My gut tells me that’s probably what will happen here.”

Boote credits city leaders for helping this project get done.  “When you’re dealing with downtown and finding a property that will work, that’s a hurdle, but when you have great staff at the city level, and you’ve got great government officials, great development corporation officials, it makes it easy. Yeah there’s frustrations. We looked at three other lots in the downtown area before we could actually get one that worked and fit and met the criteria of the project. That’s what part of development is, it’s really solving one really big puzzle.”

The project has been seen by city leaders as one of the first spinoffs of the River City Renaissance Project. 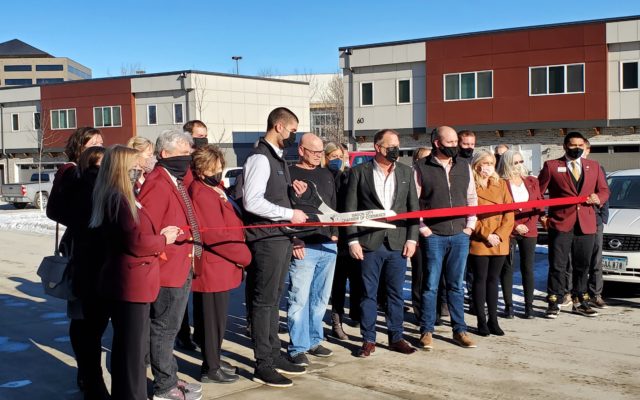