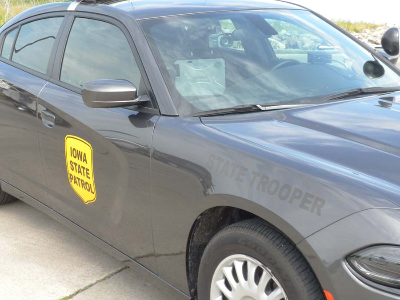 SIOUX CITY — Governor Kim Reynolds says 29 Iowa State Troopers are in southwest Texas, in the city of Del Rio which is on the U.S.-Mexico border.

Reynolds sent the troopers after the governor of Texas asked for assistance in providing border security and the Iowa Department of Public Safety confirmed it could handle their troopers’ absences.

“I’ll get a nightly update from the commissioner on what they’ve faced during the day,” Reynolds said during a news conference in Sioux City.

The state troopers arrived in Texas “a couple of days ago” and the governor says they’ll be there a total of 16 days. Reynolds said the State of Iowa is covering the costs of the deployment.

“We sat down with the commissioner before we sent them down to make sure that they felt they could not only handle the safety of citizens in the State of Iowa, but had the resources to go down there,” Reynolds said, “and they assured us that they did.”

South Dakota’s governor is using money from a private donor to pay the expense of sending South Dakota National Guard soldiers to the same city of Del Rio.