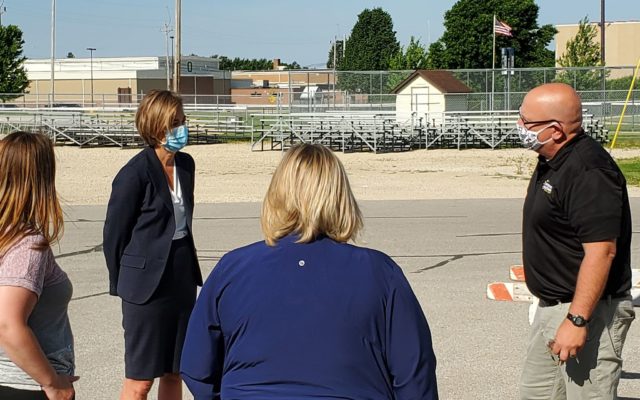 OSAGE — Governor Reynolds confirmed today that she will later this summer sign an executive order to automatically restore felon voting rights in time for the general election.

Black Lives Matter leaders met with Reynolds on Monday to discuss the possibility of an executive order since the legislature failed to pass a proposed constitutional amendment during the just concluded session.

Reynolds says her goal is still to get that constitutional amendment on the ballot for voters to approve.  “I still am not going to give up on a permanent solution. I believe that’s the right thing to do, then it doesn’t matter who is sitting in the governor’s chair. It’s a permanent solution and I think that’s really important. I’m not going to give up on that, I’m going to continue to work on that.”

Reynolds says the discussions have been good with Black Lives Matter leaders on the felon voting rights issue. “A little bumpy in the beginning but the discussions are getting better. That’s ok, it’s a process, and sometimes we have people that are new to the process so they don’t…and I don’t mean this in a bad way…but just not familiar with who can do what, how it’s implemented, how important it is to get it done right.”

The Iowa House took bipartisan action last year on the proposed constitutional amendment but Senate Republicans balked at supporting it, saying there’s been concern about the message it would send to victims.