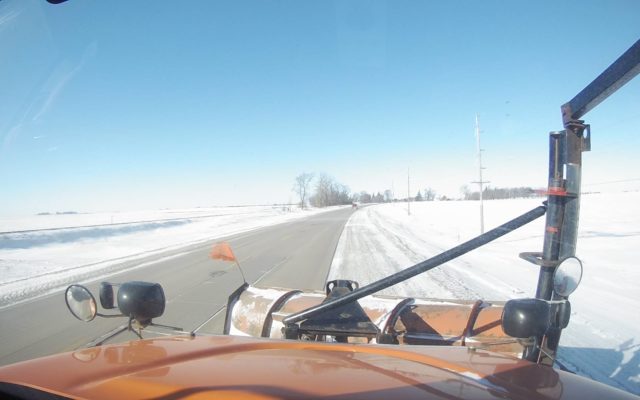 DES MOINES — The governor is asking legislators to boost the DOT’s budget for road salt by $1.3 million, for next winter.

“The last three years our salt usage has increased and that’s primarily due to the severity of the winters,” Iowa Department of Transportation finance director Lee Wilkinson said during a legislative hearing.

In each of the past three winters, the DOT used about 214,000 tons of rock salt, on average. The cost of rock salt increased 11% over that time frame, adding to the DOT’s dilemma.

The governor is also asking legislators to ensure the agency can more quickly replace the blades on the DOT’s snow plows. Wilkinson said replacing the blades reduces wear and tear on the trucks and on road surfaces.

“Next to salt, they may be the most critical item that we buy to support winter operation,” Wilkinson said.

DOT officials say blades haven’t been replaced as often as recommended, because managers currently search for unspent money elsewhere in the DOT budget for the purchases. The governor is suggesting legislators set aside at least $629,000 to buy new blades for DOT snow plows this summer.