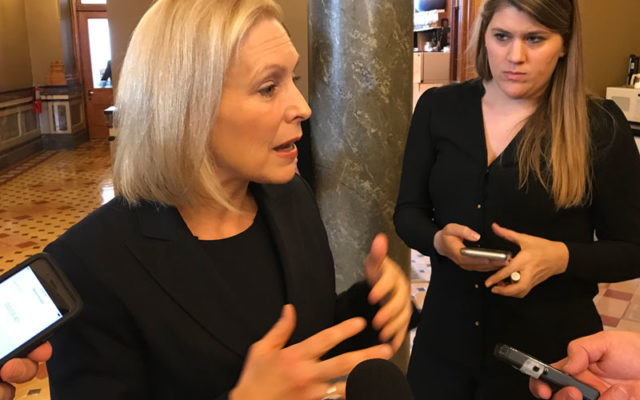 New York Senator Kirsten Gillibrand did not mention Sander’s name when asked how his entry might impact the race.

“I think for each of us we’re going to run on who we are, who we’re fighting for and why,” Gillibrand told statehouse reporters Tuesday.

Former Maryland Congressman John Delaney immediately indicated the campaign is going to be “a choice between socialism and a more just form of capitalism.”

“I’m a pragmatic idealist, which is I want to do big things,” Delaney told reporters for Radio Iowa, The Cedar Rapids Gazette and the Lee Enterprises newspapers in Iowa. “A lot of the goals I’m working towards are similar to what the other candidates are, but I actually have real plans as to how to make ’em happen and to build the coalitions to get it done.” 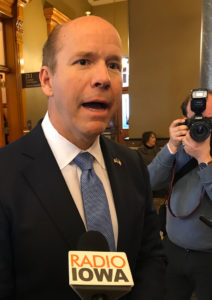 Delaney and Gillibrand met privately Tuesday morning with Democrats serving in the Iowa legislature. Gillibrand said her main goal was to ensure the group knows who she is and that she’s won in a “very red” part of New York.

“I represented a congressional district that was two-to-one Republican,” Gillibrand said. “I not only won that district twice, the second time with a 24-point margin, but since being a senator from New York I’ve brought our state together and I’m able to work well and with red places, blue places and purple places.”

Gillibrand kicked off her White House campaign in January. Delaney has been running for president since 2017 and readily admits he must do well in Iowa and New Hampshire.

“And I think the two questions Democratic primary voters are going to ask (are the following): ‘Who can win?’ and ‘Who can govern?’” Delaney said.