Get ‘tornado smart’ and be prepared during Severe Weather Awareness Week 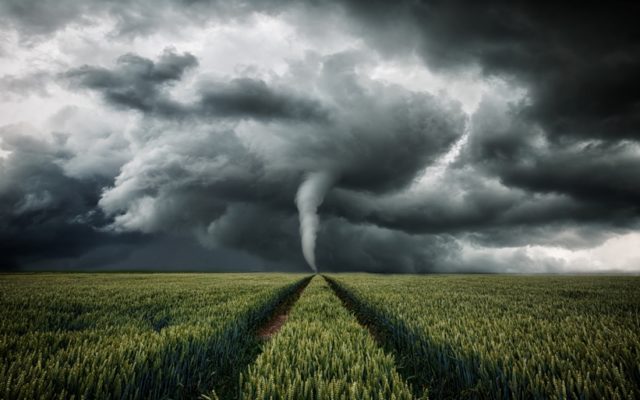 JOHNSTON — In the past few weeks, Iowa’s seen a long run of subzero temperatures and snowfall as well as the first Tornado Watch of the year. Today, the first Monday of spring, marks the start of Severe Weather Awareness Week.

Meteorologist Chad Hahn, at the National Weather Service in Johnston, says some Iowans could use a refresher course on the dangers that likely lay ahead. Each day will have a different theme. “We talk about the severe thunderstorm criteria, what we use for a Severe Thunderstorm Warning, what we base that on, and that’s either one-inch or larger in diameter hail or 58 mile per hour winds, or greater,” Hahn says.

Tuesday’s) focus will be on how Iowans get their weather information and the importance of having multiple sources, like weather radios and apps on your phone, in case severe storms knock out your usual source.  “On Wednesday, we start to talk about tornadoes and the threat that those pose,” Hahn says, “and the plans that folks should have in their place of business or their home of where they’re going to shelter and have that thought through and that muscle memory in place.”

The annual statewide tornado drill is also planned for Wednesday, but with a small change this year. “We will not be issuing an official National Weather Service tornado warning product,” Hahn says. “Despite that, we still want folks to practice their procedures when it comes to where they’ll go in the event of a tornado. We want folks to drill. That is still an incredibly important part of the Wednesday of Severe Weather Awareness Week.”

Learn more about the week at weather.gov/dmx. There were 28 tornadoes in Iowa last year, and 54 twisters in 2019. Severe weather spotter classes are being offered this Wednesday, as well as March 31st, April 6th and April 19th.