Funeral today for marine, an Iowan, killed in Kabul 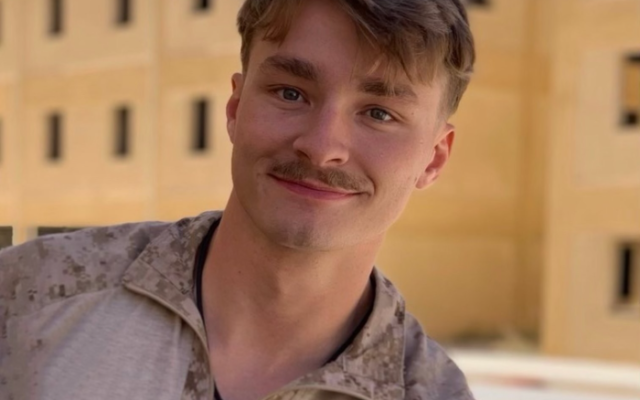 Photo of Daegan Page posted on a Facebook tribute site

OMAHA — A memorial service was held this morning in Omaha for the Iowa native who was killed last month in a suicide bombing at the Kabul airport.

Marine Corporal Daegan Page grew up in Red Oak and Omaha. U.S. Senator Joni Ernst delivered a nine-minute speech in the Senate this week in his honor.

“Let it not be forgotten that thousands of other lives were rescued from pending doom because of the bravery of Daegan and the 12 other service members who lost their lives that day while standing guard to ensure the safe passage of others out of Afghanistan,” she said.

Ernst, who is from Red Oak, said she “grew up” with Page’s family.

“The wounds of war, obviously, aren’t just borne by the warrior. It is the family of the fallen who will carry these scars for a lifetime,” Ernst said. “The hole left by the loss of Daegan can never, ever be filled.”

Page graduated from Millard South High School in Omaha in 2016. “Daegan was always a dedicated team member. It didn’t matter what it was, but he was dedicated according to his former hockey teammates who together won the Nebraska state championship tournament,” Ernst said. “Omaha’s hockey community is fittingly paying tribute to Daegan by placing hockey sticks on their porches in his memory.”

A visitation was held last night at St. Paul’s Lutheran Church in Omaha and that’s where today’s funeral for Page was held. The family’s tribute page on Facebook indicates the main sanctuary will be reserved for family and friends.