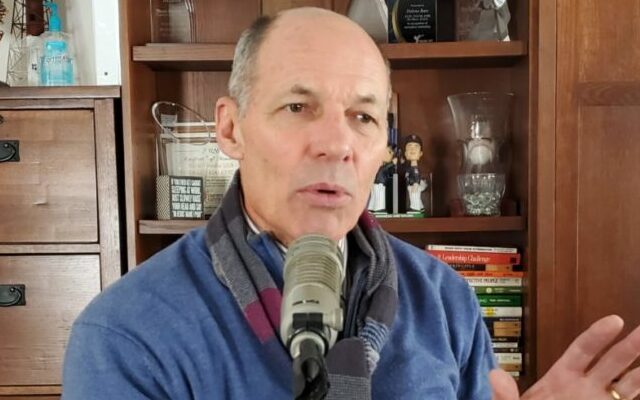 SIOUX CITY — Democrat Mikc Franken, the retired Navy admiral who’s running for the U.S. Senate, says he’d vote to provide the same level of health care to all Americans that he got during his 36-year military career.

“It’s all encompassing to include preventive care and dental care,” Franken says. “That increases one’s quality of life and productivity, so in my world every American would have the type of health care that military service members get.”

Franken is one of four candidates who’ve announced they intend to compete for the Iowa Democratic Party’s 2022 U.S. Senate nomination and the chance to challenge Republican Senator Chuck Grassley next November.

“After 60 years, most politicians have a substantial list of accomplishments, of bills with their names on it that are nationwide famous,” Franken says. “…He has been just above the radar, doing a job, but not doing a great job.”

Franken is a native of Sioux Center and currently lives in Sioux City. Franken ran unsuccessfully for the U.S. Senate in 2020 when Republican Joni Ernst was seeking reelection. He finished second in the Democratic Primary to party nominee Theresa Greenfield.