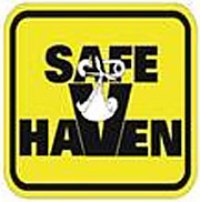 FORT DODGE — The search of the body of a newborn child in Fort Dodge is bringing attention back to Iowa’s Safe Haven law.

Representative Ann Meyer of Fort Dodge says the law allows parents to drop off a baby shortly after it is born. “It releases them from any legal ramifications,” Meyer says, “If mom is having a hard time, if she’s overwhelmed, if she’s contemplating child abuse she can bring her baby to the safe haven and the baby will be cared for and she will not be charged with abandonment.”

Representative Meyer says the time when a child can be taken to a safe haven drop point was just extended from 30 to 90 days this legislative session. “There was a constituent concern on the west side of the state. We brought it forward, we discussed it, we want to do anything we can to protect babies and it truly was born out of a constituent concern that 30 days might not be long enough,” Meyer says. The law was created after a teenager in the town of Chelsea gave birth to a baby in 1999 and abandoned it in a snowbank.

Fort Dodge police began searching for the body of a baby after getting information a female had given birth to a child at her home, the newborn died and the baby’s body was moved to another location. Meyer says the law gives a mother options if she can’t take care of the child.

“She doesn’t have anyone to reach out to — she might not have those connections or resources to reach out. This is something that will protect the child — again free from penalty of the law,” she says. The law allows a baby to be dropped off at a health facility – such as a hospital or health care facility — or be left with a first responder who responds to the 911 call.

More than 50 babies have been turned over to the state since the Safe Haven law was instituted. Those babies are given to parents who adopt them.