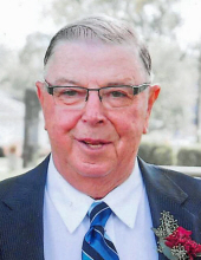 GARNER — A former north-central Iowa legislator from Garner who later was acquitted of sexually assaulting his wife in a nursing home has died.

A month after her death in 2014, Rayhons was accused of sexually abusing his wife Donna. Donna was an Alzheimer’s patient in a nursing home, with doctors having previously told him that her dementia made her no longer able to consent.

Prosecutors and Donna’s daughters from a previous marriage accused him of having sex with her as the case was watched across the nation due to the difficult questions it raised about a woman’s ability to consent to sex while suffering from Alzheimer’s disease.

A Hancock County jury found him not guilty of the charge in May 2015.

Rayhons died at the age of 84 on Thursday at his home. Funeral services will be held on Wednesday morning at 10:30 at the St. Wenceslaus Catholic Church in Duncan, with visitation taking place on Tuesday night at the church from 4:00-7:00 PM.