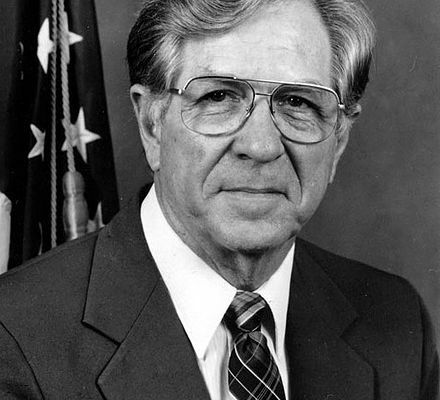 DES MOINES — Former Iowa Congressman Neal Smith of Des Moines has died at the age of 101. Smith, a Democrat, was first elected to the U.S. House in 1958. During an appearance on Iowa PBS in 2013, Smith said during his 36-year career in the House, he never personally asked for a campaign contribution.

Smith, an attorney and a farmer, was a key architect of several federal Farm Bills and he secured funding for two of Iowa’s federal flood control reservoirs — Saylorville and Red Rock. “When I was there, we put coalitions together on every bill. We just expected to,” Smith said on the “Iowa Press” program. “I mean we had southern Democrats, northern Democrats, Republicans.”

Smith was born on a Keokuk County farm in 1920 and he served in the Air Force during World War II. His plane was shot down and he received the Purple Heart. “I don’t ever talk about it,” Smith said six years ago on Iowa Public Radio. “I was in the Pacific. I came back and many of my friends did not come back.”

During an appearance on IPR’s “River to River” program when he was 95, Smith said he may have been the first candidate in Iowa to buy TV advertising. He spent $75 buying time on three television stations during his first campaign in 1958.

“I wasn’t expected to win, of course,” Smith said. “There had only been one Democrat who had ever represented Polk County before and he only lasted one term back in the ’30s.”

Smith is among a core group credited with helping Iowa Democrats gain traction in state that had been dominated by Republicans for decades. The National Wildlife Refuge near Prairie City in Jasper County is named for Smith, who worked to secure its creation. The federal building in Des Moines is also named in his honor. Former Iowa Senator Tom Harkin issued a written statement, calling Smith “the epitome of an honest, effective and hardworking public servant” who “shunned the limelight,” but got things done for Iowa and the country.